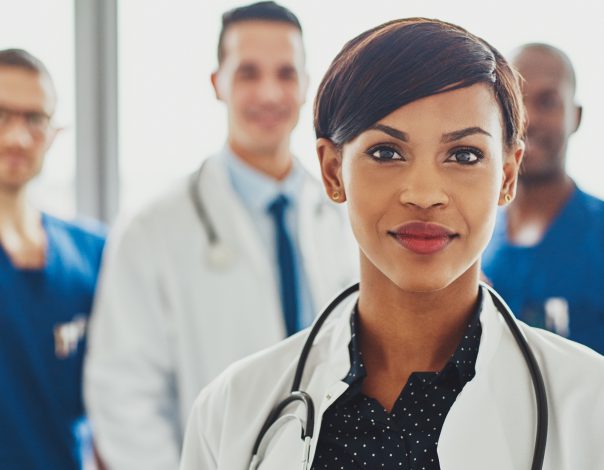 In searching for a non-surgical procedure that reduces the stubborn fat deposits on your body, CoolSculpting® might have appeared in your search. There are many results and stories on CoolSculpting®, but you may be wondering about when did CoolSculpting® come out? While CoolSculpting® is still considered a new and inventive procedure, it is approved by the FDA and has been for over 5 years!

CoolSculpting® is a great alternative for those looking to reduce the amount of fat on their body without having to undergo surgery. It is a non-surgical, fat reduction procedure that was created by ZELTIQ using the method of Cryolipolysis. Cryolipolysis is a medical treatment that uses freezing methods to destroy fat cells.

CoolSculpting® uses the controlled application of cooling to reduce a group of fat deposits to reshape your body, or sculpt your body’s contours. CoolSculpting® is seen as a successful and safe, non-surgical alternative to liposuction. It reduces the fat in the areas you wish to be treated by 20%!

CoolSculpting® has the ability to treat many different areas of your body that you wish to remove any bulges of fat to create a thinner appearance. It can reshape your abdomen, “love handles”, “muffin top”, double chin, inner thighs, outer thigs, upper arms, back, “banana rolls”, and more!

Since CoolSculpting® is non-surgical and non-invasive, that means there is no downtime to your procedure! Once you’ve finished undergoing your treatment, you can return to your normal daily activities, even going to workout!

There have been over 5 million CoolSculpting® procedure performed worldwide and it has become the world’s #1 non-surgical fat reduction treatment in the US.

The company that own CoolSculpting®, ZELTIQ, was founded in 2005 by Mitch Levinson as “Juniper Medical Systems” Originally a healthcare-focused division of a wireless technology holding company, the company changed its name to ZELTIQ in 2007.

ZELTIQ’s CoolSculpting® procedure was invented by Dieter Manstein from Massachusetts General Hospital and Rox Anderson from Harvard Medical School. Their early prototype was created to advance Cryolipolysis studies that were being done on pigs in 2008. Cryolipolysis was originally founded from the idea the kids who sucked on enough popsicles would develop dimples in their cheeks.

The CoolSculpting® device underwent clinical trials the same year (2008), and ZELTIQ was awarded an exclusive license to commercialize the technology.

CoolSculpting® was first approved by the FDA for the treatment of fat on flanks (sides) in 2010, and then approved for the stomach in 2012. ZELTIQ introduced more applicators, and a new model for the thighs was approved in 2015.

The temperature of exposure that the cooling produces causes the cell death of fat tissue, without any damage to the overlying skin or nerves in the treated area. As the cooling is applied to the specific areas of your body that you are looking to treat, the fat cells crystallize or freeze and go through apoptosis (cell death).

As the cells die, your body disposes of the fat through its natural waste process. The dead fat cells leave your body and the fat is permanently removed. Your body adjusts to the newly removed fat cells and you start to see a more sculpted you with less fat bulges and other rolls you find unappealing.

The results of CoolSculpting® are proven and last as long as you take care of your body. After your initial treatment, the cells die and you can see results as early as 3 weeks after that treatment. Then, you will see the most dramatic results in 2 months, with results showing even 4 to 6 months after the first initial treatment.

Because the fat exits your body permanently, that means your results with CoolSculpting® can be permanent as long as you actively seek a better or healthier lifestyle. Like any diet, it’s important to continue eating healthy and practicing physical activity to maintain the weight you desire. With CoolSculpting®, it’s very similar. In order for your remaining fat cells to maintain their size and not expand, you need to practice a healthy lifestyle of good food and regular physical activity.

While you may require more than one treatment of CoolSculpting® to achieve your desire results, many patients have found that a routine CoolSculpting® treatment after their plan is complete helps to maintain their sculpted body. Some patients come back once or twice a year after their first treatment plan, just to keep up their healthy appearance. Like visiting the dentist for a routine cleaning, you can have the best hygiene but still need to go in for a dentist’s official clean once to twice a year. CoolSculpting® can also yield the best results with the same upkeep and maintenance.

Here at SculptMD, our patients are the #1 priority when it comes to their CoolSculpting® treatments. It is your body and your goals, so we want to make sure we give you the best attention to achieve the best results possible.

We help you create a customized, unique CoolSculpting® plan that adheres to all the concerns about your body. Whether you want to treat one are or multiple, our certified nurses and physicians sit with you in your first consultation to talk about your body goals, leading you in the right direction.

Through your treatment(s), our physicians and nurses make sure you have the best care possible during your appointment. We make you feel relaxed and comfortable so you can get in and out of your appointment with ease.

Not only do we use our ZWave to help enhance CoolSculpting® results, but we also use it for the treatment of cellulite, stretch marks, and more! Call us today for your CoolSculpting® consultation to see if you’re the candidate for CoolSculpting®!